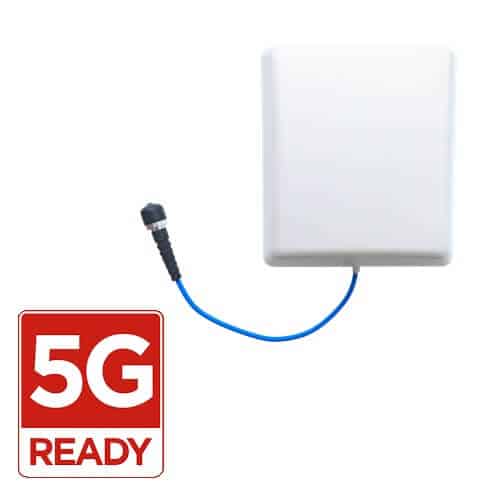 The Blackhawk Indoor Wall Mount Antenna is designed to provide mobile coverage inside a building when connected to a cellular repeater system. Indoor panel antennas are a lightweight and highly cost effective means of projecting mobile coverage in a forward direction. An example may be placing the panel antenna facing down a hallway or on the rear wall of a supermarket.

Indoor panel antennas are considered “semi-directional”, where they aim to provide a moderate 5 to 7 dBi gain, which makes sure coverage is transmitted in a wide arc (between 60 and 90° depending on frequency band).

The antenna supports all major 4G and 5G mobile networks globally and has a low-PIM design to broadcast multiple carriers from the one antenna. 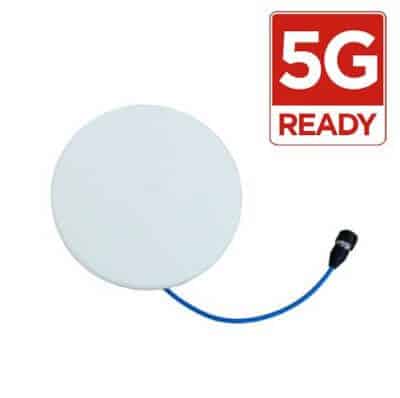 The Blackhawk Indoor Slim Ceiling antenna is designed for use in an In-Building Coverage system, such as those engineered by Powertec using the Cel-Fi GO. The antenna has been shaped to generate a 360° hemisphere of signal for complete internal coverage when mounted on the ceiling.

Indoor dome antennas are designed to be mounted to the ceiling of your building to provide consistently distributed mobile phone service from your Cel-Fi repeater / booster system. The thin white design allows the product to be nearly invisible when mounted, yet provides industry-leading increases for in-building coverage and capacity.

The Slim Series have the added advantage of being Horizontally Polarised to increase donor-service antenna isolation which is particularly important when installing systems in confined spaces such as demountable “donga” buildings. 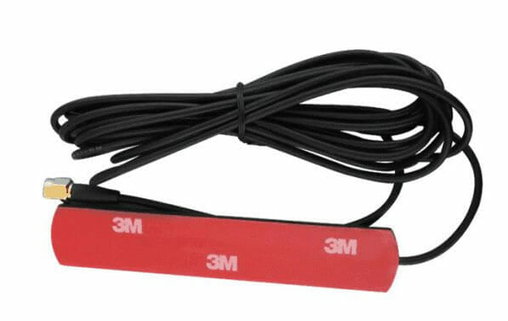 The Blackhawk 4G & IoT adhesive mount antenna is a modest performing mobile antenna that covers most worldwide 4G cellular bands between 700 and 2700 MHz. It is commonly used to improve 4G signal strength in metering and telemetry.

Adhesive antennas are compact in design which allows unobtrusive and convenient installation in vehicles, machinery, and electronic signage. This type of antenna design contains a simple PCB microstrip element which has been shaped to transmit across the entire wide operating frequency range with high efficiency. While peak gain is not an important consideration in this type of antenna, the model provides a stable gain of around 3 dBi which is quite typical of this design.

Outside of its use in IoT and telemetry, the antenna is a very popular choice as the service antenna for Cel-Fi GO repeaters installed in vehicles.